This article, by Michael Helmstetter, Ph.D., was originally published in Forbes Feb. 14, 2019.

From a polarizing EU court decision to the mainstreaming of the cannabis market, agtech and animal health are in a constant state of change. Don’t look for that to slow down in the coming year, as evolving global regulations, major industrial consolidation and new online marketplaces continue to grab headlines and influence behaviors. If anything, look for continued acceleration in the pace of change with the creation of expansive new opportunities for investment and innovation.

Here’s what was important last year – and what will make news in the coming months:

The July decision by the European Court of Justice sent shockwaves through the plant science community. The ruling labeled any gene-edited plant a genetically modified organism (GMO) and immediately raised fears that funding for CRISPR and other gene-editing biotech research may be curtailed. However, a number of companies continued in the space, focusing on export markets outside the EU. Evolving regulations in the industry are a big component in either encouraging or discouraging innovation, so watch how other nations react: Will they follow the EU’s lead or reject the decision? The conventional wisdom is that the ruling may set back crop biotechnology for a decade or more in the EU.

The consolidation of agriculture industry leaders, as well as farm hardware, software and sensor companies accelerated in 2018, while startups and other smaller companies continued to attract funding. The prospects in agtech were still viewed as numerous and big, though no one has quite figured out how best to leverage all the opportunities. More acquisitions (and asset shedding) continued to occur – and earlier than expected for some (e.g.,Nutrien’s multiple acquisitions including Agrible; BASF’s acquisition of several Bayer seed and agchem assets; Corteva’s trimming seed assets; andBayer divesting its Animal Health division).

Marketplace and trading platforms that directly connect buyers and sellers throughout the agriculture production and supply chains increased market opportunities and profitability last year. For example, despite its initial focus on the development of microbials for improving crop productivity and stress resilience, Indigo Marketplace was launched to directly connect farmers and buyers.

Other 2018 agtech trends saw continued influence of artificial intelligence (AI) and machine learning (ML) on the sector, the rise in popularity of alternative proteins, including “clean” and lab-grown meat and substitute sources like insects and plant-based proteins. In addition, clean labelingcontinued to gain traction with consumers and others seeking increased traceability of ingredients as well as products with clear, simple ingredients.

The steady increase in global meat consumption continued in 2018, causing analysts to predict an increase in carbon emissions as well as a reduced biodiversity worldwide. The trend toward meat eating was mostly attributed to advancing middle classes in China and India foregoing fish and poultry in favor of higher-protein products like beef and pork.

The animal health pharmaceutical space sent clear signals in 2018 it wants to distance itself from human-focused pharma – witness the $1.5 billion Elanco IPO and Lilly’s planned divestiture of its Elanco stake, and Bayer’s Animal Health divestiture, all parallel to the actions of Pfizer and Zoetis earlier. However, animal pharma still proved to be too small and unattractive for many investors. As AgFunder has noted, animal health has traditionally been the “less sexy” part of the agtech ecosystem, but interest appears to be growing in 2019.

Finally, spending for pet healthcare continued to increase with no foreseeable end in sight. Annual veterinary spending in 2018 reached nearly $19 billion. We even saw Amazon jump into the nutritious, high quality pet food race with its own brand, Wag. 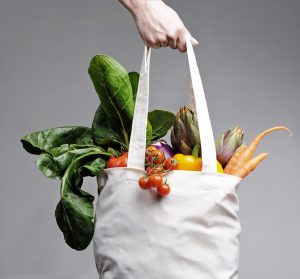 The big news this year will be the move of the cannabis market toward the mainstream, for humans and animals. Investment in the industry is expected to soar, with the introduction of new CBD products in beer and other beverages (as well as edibles). The influx of cannabis innovation will come not just in agtech but also in health care, as CBD is espoused as a treatment for a variety of common ailments, including behavioral issues, pain relief, autoimmune deficiencies, appetite problems and more. I have personally seen the positive effects CBD can have, as a member of my family uses CBD in addition to more traditional treatments to manage epilepsy. Federal law, however, still treats marijuana as a controlled substance; despite $10 billion in investments in legal marijuana in 2018. The federal status will continue to hamper the industry, preventing business deductions on federal taxes and making it difficult to find real estate and insurance for marijuana businesses.

Millennial preferences will drive many agtech trends in 2019, including increasingly popular desires for increased flavor, aroma and health traits. The desire for these food attributes will find researchers working with chefs to identify new traits – for example, a pepper mutation that reduces the heat yet retains the flavor. The millennial population may also play a part in the introduction of blockchain to the food supply, with demands for traceability. New models for alternative market structures (i.e., online marketplaces, boutiques and direct B2B) will enable the channeling of value-added commodities like high-quality beans, high-soluble starch wheats, etc.

In the area of governmental policy, look for issues like immigration and trade to make a big impact in 2019. Tariffs, trade wars and the EU’s GMO ruling will take a greater toll, impacting planting decisions and a variety of economic issues. There will be an increased need for storage facilities to hold excess unsold crops as farmers hope to ride out the issue with minimal damage. Some U.S. trade partners are expected to attack agriculture exports (like meat production). A reduction in the overall market size for U.S. farmers may be the sudden impact agricultural businesses face, though it may take several months. And market forces may continue to pressure family farms (witness the Wisconsin dairy losses).

The proposed relocation of the U.S. Dept. of Agriculture (USDA) and National Institute of Food & Agriculture (NIFA) will continue to have graveramifications across the agtech industry. Fears ranging from a loss of expertise, potential politicization of federal economic and policy analysis, severing federal research partnerships and a hampering of Congressional oversight create great potential for catastrophic disruption.

Others worry the discussion of consolidation of the Food and Drug Administration and USDA could have all multiple implications. Many USDA staff members (i.e., long-term experienced talent) may not want to relocate. There very well could be changes in the regulatory approach, as well as changes in understanding and treatment of markets.

Aquaculture will nudge forward toward big-time investment, innovation and production in 2019, though there’s still no dominant or overarching leadership in the space and strategies are still being identified. Although similar to the poultry industry in costs and scale, the industries diverge in the variety and number of products. (I’ll discuss the state of aquaculture and its opportunities in more detail in my next two articles.)

Non-traditional interventions and avoidance of antibiotics will generate increased enthusiasm in the coming year, fueled by natural ingredients and other compounds from nature. These include direct-fed microbials, probiotics and prebiotics, all still requiring federal review. Despite this trend, there will always be a role for antibiotics in animal health. In addition, animal nutrients will continue to be the No. 1 cost of animal productions. Approximately 40 percent of animal production occurs without antibiotics, a food chain driven by high-end, large-scale retailers (think McDonald’s and Walmart) taking an active role in their offerings.

Research on microbiome, and how to manage, manipulate and enhance the overall health and performance of the GI tract will increase in 2019. While there is still skepticism and a lack of understanding, there’s also a lot of buzz occurring in the space. And finally, infectious diseases will be a big focus. The African Swine Fever and Avian Influenza will be hot topics, perhaps leading to demand for more consistent reporting on outbreaks at the state and national levels.

With all this unfolding and more, it’s unlikely to be a quiet year in agtech and animal health.