This article was originally published Nov. 21, 2018 in Global AgInvesting. 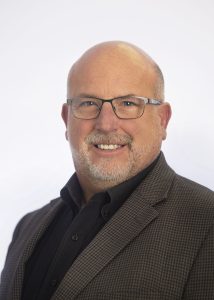 Right now there are more connected “things” than there are people on this planet. Early last year, Gartner predicted the Internet of Things (IoT) would have at least 8.4 billion connected “things” in use, rising to more than 20 billion by 2020. Something likely to add to this growth is an emerging smart-sensor movement: the Internet of Animals (IoA).

We’re not talking about the internet’s standard array of puppy videos andgrumpy cat memes. Instead, imagine applying IoT technology to the hundreds of millions of farm animals, pets, and wildlife across the globe. If the data these smart sensors provide can yield valuable, actionable insights in real-time, the IoA has the potential to change the way we approach animal husbandry, pet ownership, and veterinary medicine.

The same breakthroughs driving the IoT are converging in animal health – digitization, miniaturization of sensors, widespread network access (whether via Bluetooth, Wi-Fi, mobile or satellite technology) and big data computing. The technology of IoT is becoming better understood, and investors are starting to look at applications in other markets.

But the issues with the technology of IoT will also create challenges when applied to animal scenarios: can the sensors be hacked, data manipulated, connections distorted, analytics misapplied or misinterpreted? In many cases, the application of IoT technology to living creatures creates a whole new scenario of potential problems, ranging from network congestion (literally, as in a herd of animals all sending non-stop signals for real-time processing) to physical damage to monitors and devices. One of the biggest challenges with the technology of IoT is the algorithms: in people, the algorithm can be pressure-tested by gaining input from the human patient. But with non-verbal animals, we have far less certainty around the predictive or diagnostic capability of the algorithm.

Yet, there are several initiatives worth watching for their potential contributions to animal health. Here is a round-up of a few of the most interesting categories and products, as well as some hurdles yet to overcome.

Icarus – short for International Cooperation for Animal Research Using Space – is a program sometimes called the “Internet of Wings.” This initiative, a project of the Max Planck-Yale Center for Biodiversity Movement and Global Change, the Russian Space Agency Roscosmos, and German Aerospace Center Space Administration, is designed to provide worldwide tracking of all kinds of animal migration flows. As increasingly tiny sensors are attached to wild birds and animals, increasingly massive antenna collectors are being installed on the International Space Station. Starting in 2019, data will be gathered and used to track biodiversity, climate change, pests, and diseases. This data from sensors is largely superficial – location, movement, temperature, respiration, etc. – and offers limited value in terms of health.

Veterinary applications
Think of consumer-grade health and activity trackers, applied to veterinary patients and generating veterinary informatics. The challenge, as previously noted, is the application of uncertain algorithms to mostly superficial data to create meaningful diagnoses. We’re not even scratching the surface in thinking about diagnosing the underlying causes of pet behavioral health issues. Will tracking how much Fluffy eats, sleeps, and plays really explain why she quit using her litter box?

Further, with the data collected, we appear doomed to repeat the issues encountered with human electronic medical records (EMRs) – inoperability of data systems, lack of data standards, limited clinical data repositories. Fortunately, we are starting to see a new wave of EMRs and systems for companion animal population health monitoring and management taking these issues seriously. One example is the European program VetCompass, which is building a kind of public health database for 10 million companion animals in the UK, tracking demographics for evidence-based care, providing data exploration tools, and driving prioritized animal healthcare research. 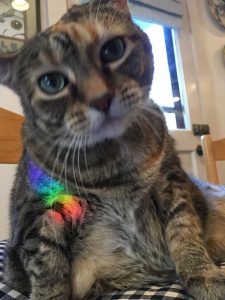 The market for IoA products for companion animals seems particularly bright. When it comes to the animals we keep as pets, more and more folks are treating them as, in Forbes’ words, “basically people”. In the United States, most of us will not be surprised to learn that in 2016, 95 percent of pet owners considered their pets as part of the family. And we spend significant amounts of money on these family members. The American Pet Products Association found in 2016 that U.S. pet owners spent $62.75 billion on their pets, and in 2017 it estimates that will rise to $69.36 billion. Some of these IoT products incorporate gaming to stimulate home-alone pets and video technology to allow owners to remotely watch (or video chat with) stay-at-home critters.

To address the growing consumer desire for transparency, especially about where their food comes from, the market will have to respond with automated solutions providing trackable and verifiable information about animal health, food safety and quality. This is a near-perfect opportunity for leveraging blockchain technology to provide a trustworthy, easy-to-access record of every transaction in a given food’s route through the supply chain, from farmer to distributor to consumer. The challenge will be driving out expense and automating an otherwise onerous validation process to better position farmers’ products to meet consumers’ changing expectations.

Revolution? Maybe not as fast as the hype.

These examples have various products applying IoT technologies to deliver real and actionable value for animal health management, on the farm, at home, and in the wild. It’s still early in the development of IoA, however, as most examples start with relatively simple data that can be efficiently collected and processed. Prices of IoT enabling technology will continue to drop, driving additional innovation in the animal health ecosystem.

And the sector is rapidly developing. For example, further afield, there’s research underway to apply facial recognition technology to animals (to identify distress, for example). Same goes for voice recognition – perhaps we can develop enough AI to detect and act upon the emotion and patterns in animal noises. There’s been an uptick in news about animal intelligence – the ability of some smart birds to apply complex economic concepts to get rewards of their choosing, new methods of measuring animal cognition including use of MRIs, and studies tracking the role of evolution and “culture” in migrations.

Areas of research will take time – years – before we will see the development of meaningful products to improve animal health and well-being. Meanwhile, the increasing miniaturization of sensors and increasing speed of processing will continue to provide new insights from ever-expanding datasets. Like the quantified self, we will soon have the quantified cat and dog and cow, or at least the data that can help us interpret the animals in our world.

How University Innovations and Industry Can Forge a Better Future Together